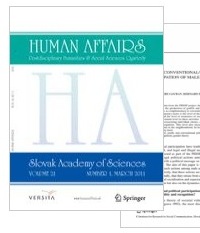 Belgian data from the PIDOP project show that boys are more involved than girls in illegal political actions, namely the production of graffiti and other acts of “incivility”. These activities must be considered in both groups as complementary to conventional political and social participation and not as their opposite. The main explanatory factor is the level of the perceived efficaciousness of such actions. The lack of trust in institutions and the level of awareness of societal discrimination play no significant explanatory role. In males, the involvement level in these activities depends on feelings of personal discrimination and on the lack of freedom concerning individual choice, confirming the theory of societal vulnerability and Honneth’s theory of recognition. This level also increases along with increasing opportunities to make acquaintances and have fun in the neighbourhood. In females, this involvement is explained by the distance with regard to pro-sociality level.

This entry was posted on jeudi 25 octobre 2012 at 5:04 and is filed under Jeunes, politique et engagement. You can follow any responses to this entry through the RSS 2.0 feed. You can leave a response, or trackback from your own site.